There are work days that feel unending, and when you do manage to switch off, all you want to do is binge on your favourite reality show without getting off the desk. For times like these, Lenovo launched the Tab P12 Pro. It is essentially a premium tablet that aims to become the one device you need for your work and chill sessions. But does it succeed? Well, read on.

At first glance, you’re likely to mistake the Lenovo Tab P12 Pro for one of the rival tablets. It is all screen up front and all metal at the back, with a particular focus on premium-ness. The back panel gets a blasted metal finish, which is refreshingly understated, yet sophisticated. Our only grouch is that this smooth surface attracts more fingerprints than a celebrity attracting paparazzi outside the airport.
It is also deceptively thin for a tablet of this size, and at 565 grams, it won’t be adding a lot of weight to your handbag either. But this lack of heft doesn’t come at the expense of sturdiness. It will take quite a bit of effort to snap it in half, and it feels solid enough to survive a moderate drop – not that we advise putting these to test.

The clear highlight of the tab is the massive 12.65in OLED display with 2K resolution and 120Hz refresh rate. It is simply crying out to take out time and binge-watch your favourite series or film. The display offers excellent colours with accuracy, contrast levels, and the 120Hz refresh rate makes everything feel buttery smooth. So whether you’re watching something on a streaming service or reading the latest articles on the Stuff India website, you won’t have much to complain about.
In terms of peak brightness levels and absolute sharpness, it tends to fall a bit short of what you get from Apple or Samsung. But it’s not something you’re going to notice in day-to-day usage.

Rounding off the visual experience are the four JBL speakers on board. They can get surprisingly loud and there’s also support for Dolby Atmos, which results in a decent surround sound experience. There’s however no 3.5mm audio jack, so you’ll have to rely on a Bluetooth headset or use the bundled Type-C to audio jack converter.

Under the gigantic hood is a Qualcomm Snapdragon 870 chip aided by an Adreno 650 GPU, and 8GB of RAM. It may not set spec sheets on fire, but it handles basic tasks (and a bit more) with relative ease. Google’s suite of apps for office work, streaming apps and casual games all run as expected.
What really stands out is the battery life, which for a change, exceeded the company’s claims. The massive 10,200mAh battery easily lasted for around three days with casual usage. Putting it under some stress for testing purposes, brought down the battery life to just about two days, which isn’t bad at all.

Android has largely been ill-equipped to handle the larger real estate tablets offer, and it continues to be the case with the Android 11-running Tab P12 Pro. There’s hope that things will get better with Lenovo promising Android 12L update for the tab – only there’s no word on when.
There’s not a lot of bloatware pre-installed, which is a good thing. But the thing we missed is the smoothness that the likes of iPadOS offer. Lenovo has added a productivity mode, which replicates a laptop UI, but the experience is clunky at best.

Where the UI shines again is in the entertainment space. Swipe left on the homescreen, and you’re greeted with Google’s Entertainment Space, which gives you easier access to all your streaming services and content.

Lenovo has bundled the Precision 3 stylus with the tab, and it works as advertised. It’s good for taking quick notes, but it lacks the finesse of the Apple Pencil 2 or even Samsung’s S Pen when you’re in the mood to paint the next Da Vinci. We haven’t tested the keyboard cover, which is an additional purchase.

Using tablets for shooting photos is like holding a canvas in your hands in front of a subject and painting. It’s just not natural. But that isn’t stopping brands from adding more and more cameras.
On the Tab P12 Pro there’s a pair of 13MP primary and 5MP wide-angle lens at the back, which aren’t necessarily bad, but aren’t award-winning either. In ideal lighting conditions, the cameras were able to capture a fair amount of details, but the colours tend to look a bit dark and dull. Up front, there’s an 8MP fixed focus lens and a ToF sensor, which are just about good enough for the daily (in some cases hourly) office video calls.

There’s a lot going in favour of the Lenovo Tab P12 Pro. It looks premium, the large display and capable speakers are tailor-made for bingeing sessions, and a long battery life means you won’t be at the mercy of the charger. But that’s not to say that it’s perfect.
The tab is massively let down by the software experience, and to get any work done on this tab, you’ll need the keyboard, which is an additional purchase. Which brings us to the price tag. It will burn a hole in your pockets, and at this price, the likes of Smasung and Apple offer a much more rounded experience.

A solid tablet let down by certain aspects, failing to justify the premium price tag 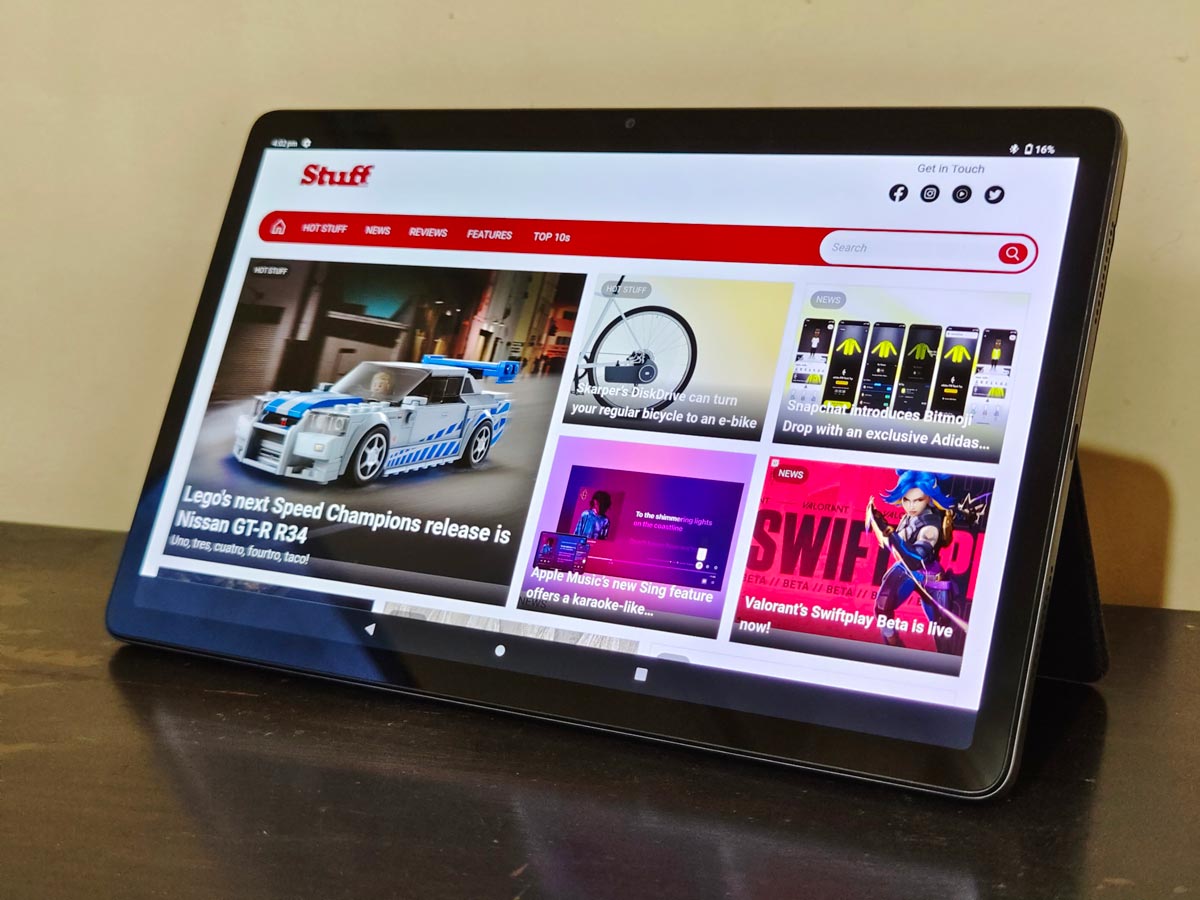 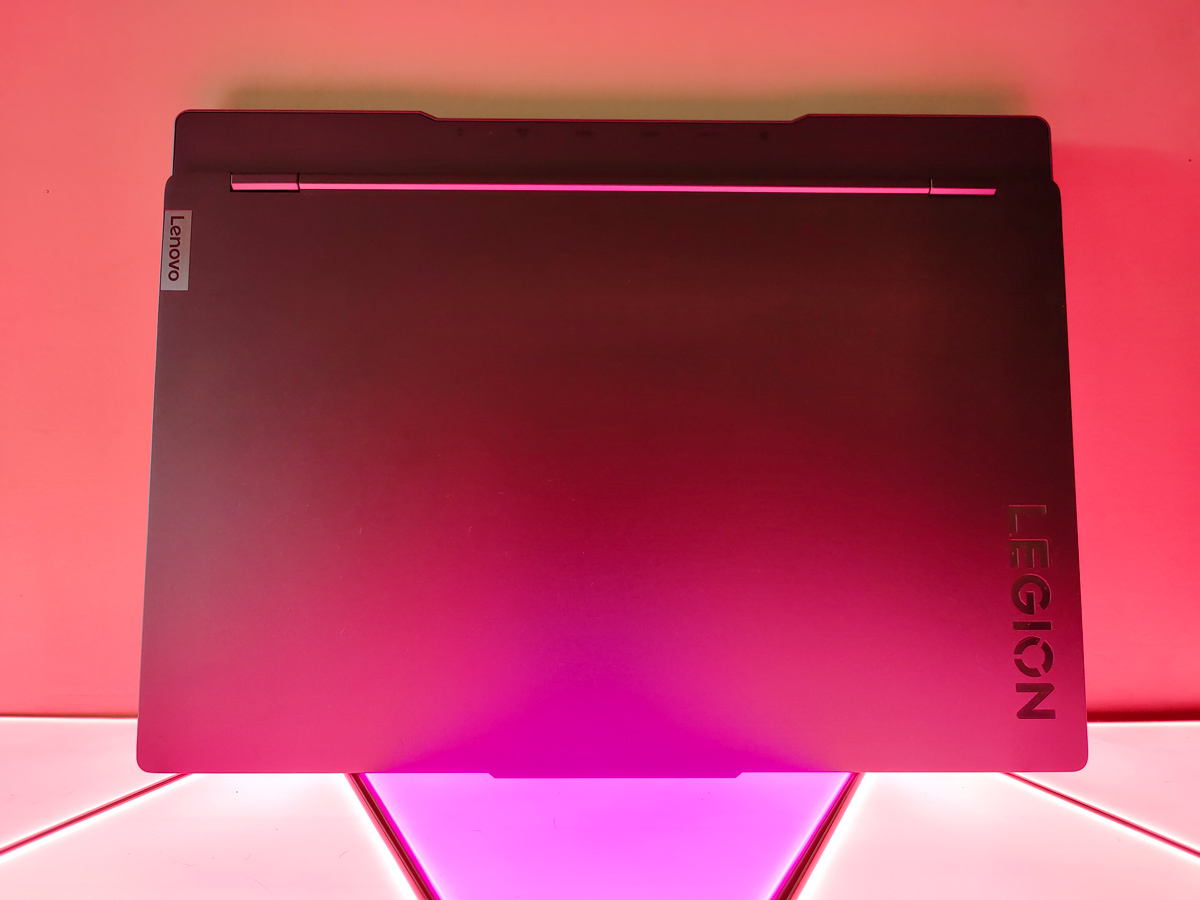 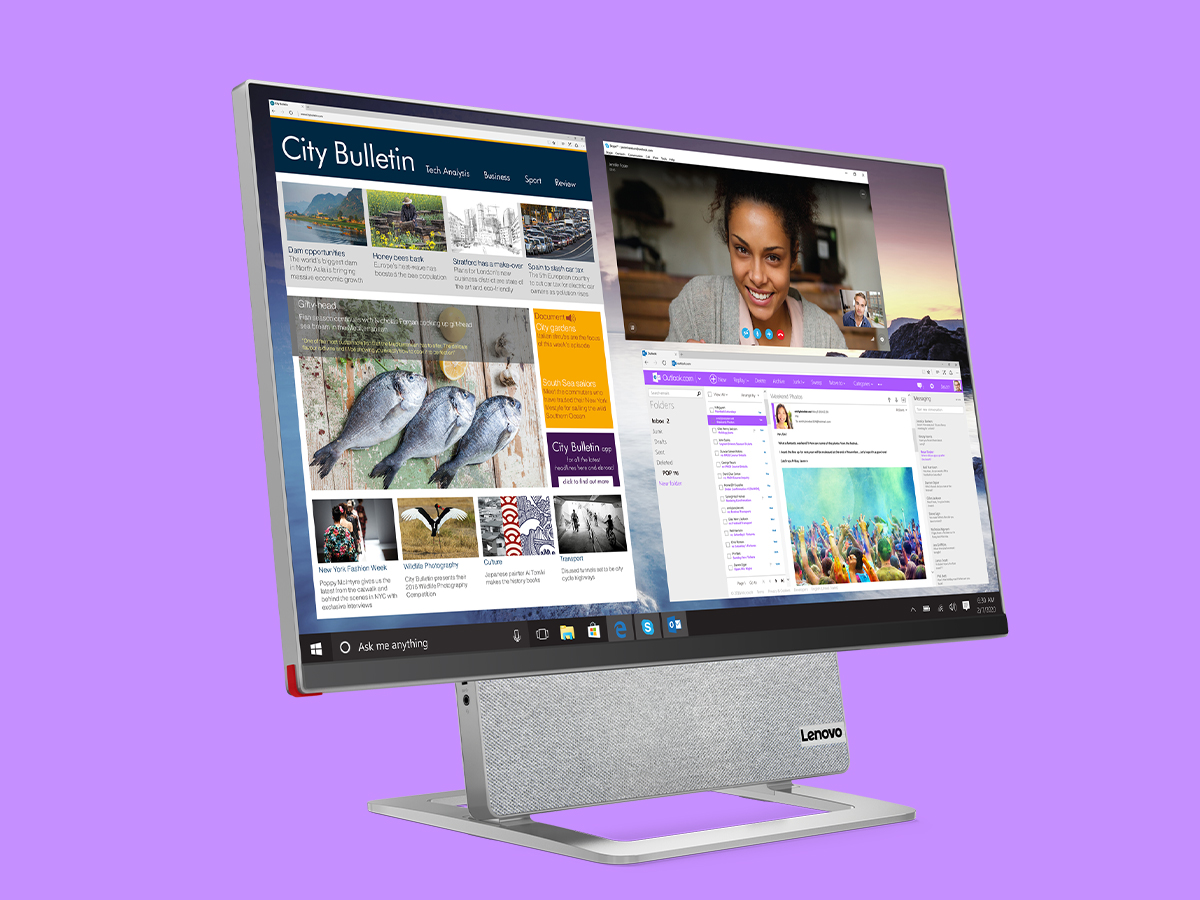 For the home office