The C that gets an A

Historically, middle children don’t have it easy but LG’s C-series of OLED TVs have bucked that trend. The go-to OLED television for first-timers and videophiles alike, the C1 is the perfect showcase for LGs commitment to OLED without draining your provident fund. Our 55in review sample isn’t exactly an impulse buy at ₹1,69,990, but it is also one of the best displays on sale today, so save up and read on…

Impossibly thin on the upper half, the C1 conceals all the innards in the bottom half which is still slim enough to be wall-mounted without sticking out like a sore thumb. The stand though is substantially wide and doesn’t come with any height adjustment either, so if you’re keeping the C1 on a tabletop, you may want to consider your soundbar situation first, if any. Once plugged in, LG’s dependable WebOS guide you through the smart TV rituals via your phone (Android or iOS) in easy steps and you will be picking your jaw off the floor in under 6 minutes. Even out of the box, the OLED panel rubs its black supremacy all over LCDs face. It has some really well-judged presets such as Cinema, Filmmaker mode and ISF (bright or dark) and any of these can be used as is, or will be a great leaping point if you want to get into the myriad of advanced picture settings that the C1 offers. LG has also refreshed the Home Dashboard a little and the large, tile-like format makes it easy to hit the target with the magic wand remote control that has been an LG hallmark for years now. Like an air mouse, you simply wave the remote around and follow the pointer on the screen, but if that’s too much of a cat and mouse game for you, you can just use directional buttons surrounding the scroll wheel. The remote also gets the addition of hotkeys for apps such as Netflix, Prime Video and Disney+ Hotstar, along with a movies tab that collates movies from all your signed-in apps on a single screen. You also get Alexa built-in and a dedicated button to summon Amazon’s genie, or even Google’s if you fancy that more.

Using its own IoT platform for a while has given LG room to flesh out the ThinQ app and using your phone, you can simply replicate the app on the C1’s screen now, so you get control of all your LG IoT devices around the house. I used it to sync my bedroom AC, while the C1 was installed in the living room and I swear I could get used to switching on the AC just 10 mins before my living room time was up so I could walk into a pre-cooled room. Of course, this functionality is available via the app on your phone too but putting it front and centre on the family TV does open up a lot more possibilities if you have other sorts of ThinQ-based devices. One of the other big updates has been gaming-oriented, so the C1 now supports 4K resolution at 120Hz along with acronyms like ALLM, VRR, Nvidia G-Sync and AMD Freesync..all of which work at ensuring that the frame rates of the games and the refresh rate of the TV are in step at all times. Using AI for consumer electronics might seem logical but the process is far from perfect yet, as we can see here with Sound AI which is supposed to analyse ambient noise and adjust the tonality of the built-in speakers accordingly. But regardless of mode, the C1 sounds thin, shrilly and inconsistent on different program materials. The only safe assumption here is that anyone spending this much on a TV will also have a supporting home-theatre system or at least a soundbar to augment the audio.

Nothing can be faulted on the video performance side of things though. The LG C1 just looks drop-dead gorgeous from anywhere in the room - sitting directly in front of the TV or even from a 70-degree angle, there is no shift in colour, drop in brightness or change in contrast levels. Using the latest iteration of LGs A9 (gen 4) 4K picture processor, the C1 basically has the brains of the best TV that LG makes and it shows. The way it handles motion even with the processing on is mature and measured, never overdoing it. You can choose Filmmaker mode on the preset list and let the AI take over by switching off any processing and leaving the content with its original colours and aspect ratio, or dive deep into the advanced settings and take matters into your own hands. Avoid the Vivid and Cricket modes and the rest are all great starting points to achieve the picture of your dreams. Animated content looks simply stunning with inky blacks and a riot of colours that never bleed or bloom into each other, making every frame look almost 3D like in its realism. Switch to sports and the effect is equally impressive with sharpness and clarity that better than real life! Ironically, Cricket mode makes the outfield look like a patch of paint, but use the ISF Bright mode and it makes the uniform colours pop while revealing every bead of sweat on the bowler’s face. It’s one of the best pictures you’ll ever see on any TV. But what about the inherent low brightness of OLED TVs you ask? If you believe everything you read on the spec sheet, you might be setting yourself up for disappointment, because 750 nits may not sound like a lot compared to modern smartphones with OLED screens. But, play a bright scene like the white room sequence from Lucy and you’ll realise that the C1 has some of the purest white tones of any display out there.
The white balance is neutral and even with every light on in the room, there was no lack of detail in shapes within the whites. No matter what content you throw at it, the C1 just blows you away with its smoothness, depth and rich saturation that never feels overcooked. Thanks to the gen-4 A9 processor, even its smart functionality gets a thumbs up. Apps open up in a jiffy and you can speak to the TV directly using Alexa for all things on your network. In fact, even the long-feared OLED nemesis, screen burn-in, is dealt with smartness. Automatic pixel shifting, pixel refresher and logo dimming are some of the ways to mitigate any of the adverse effects of long term static images, letterbox bars etc. Connectivity is as expected, with 4 HDMI 2.1 inputs, including one with e-ARC support besides the LAN, headphone and USB ports. We honestly didn’t spend too much time gaming on this TV before this review but it handled everything from Apple Arcade without a glitch with no input lag or stuttering whatsoever.

Thanks to constant offers on OLED TVs, you’ll never find yourself sorry for overpaying at any retail outlet and that could potentially make the C1 great value, if you know where to buy it from! Sure, it does command a fair premium over LED TVs but the jump in black levels, colour richness and dynamic range is also exponentially higher, making it worth it if you spend more time binging than working. Or if like us, binging is your “working”. LG can breathe easy until the competition catches up on the C1 and for mid-rage OLED TVs, this is the one to beat.

Top-tier performance at mid-level prices make the LG C1 easy to recommend to anyone who chooses TV over a weekend in Maldives. 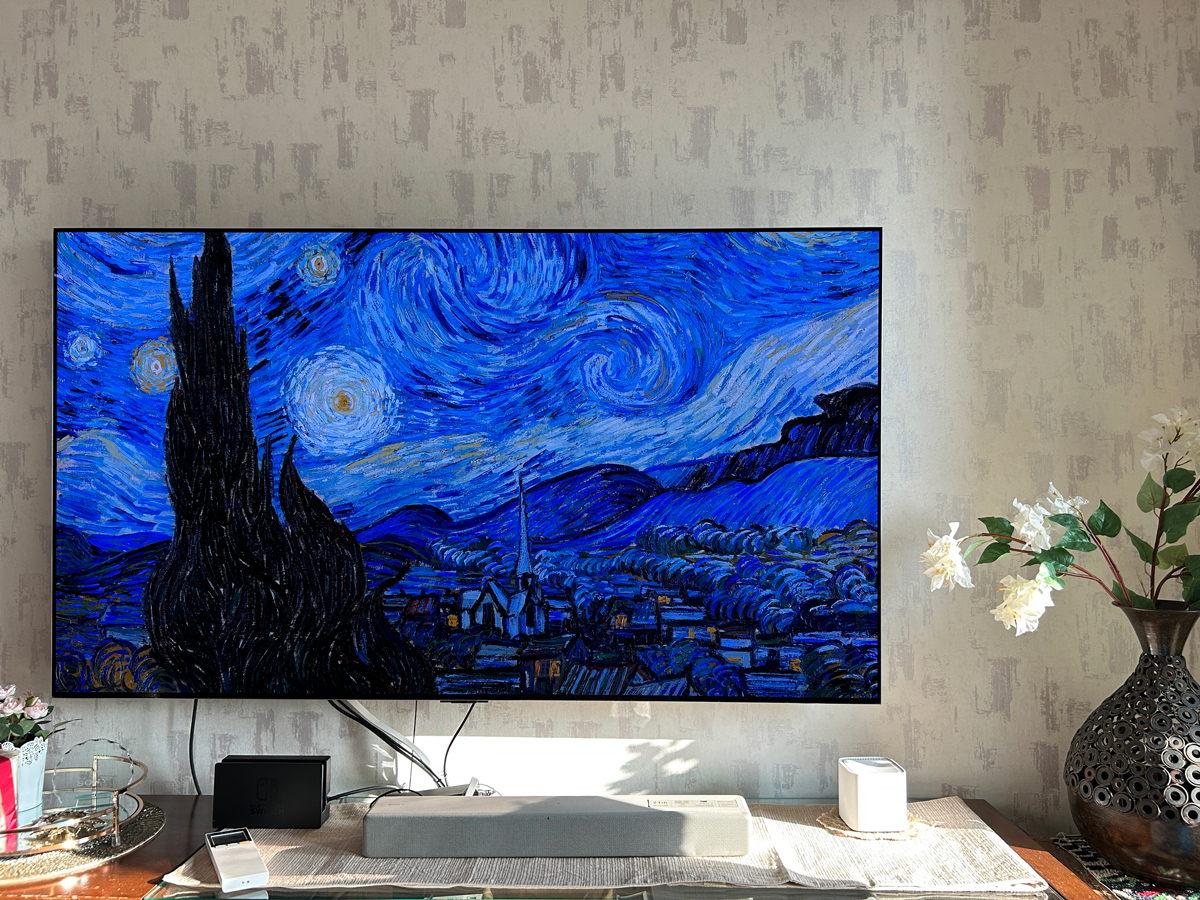 A paradise in your living room 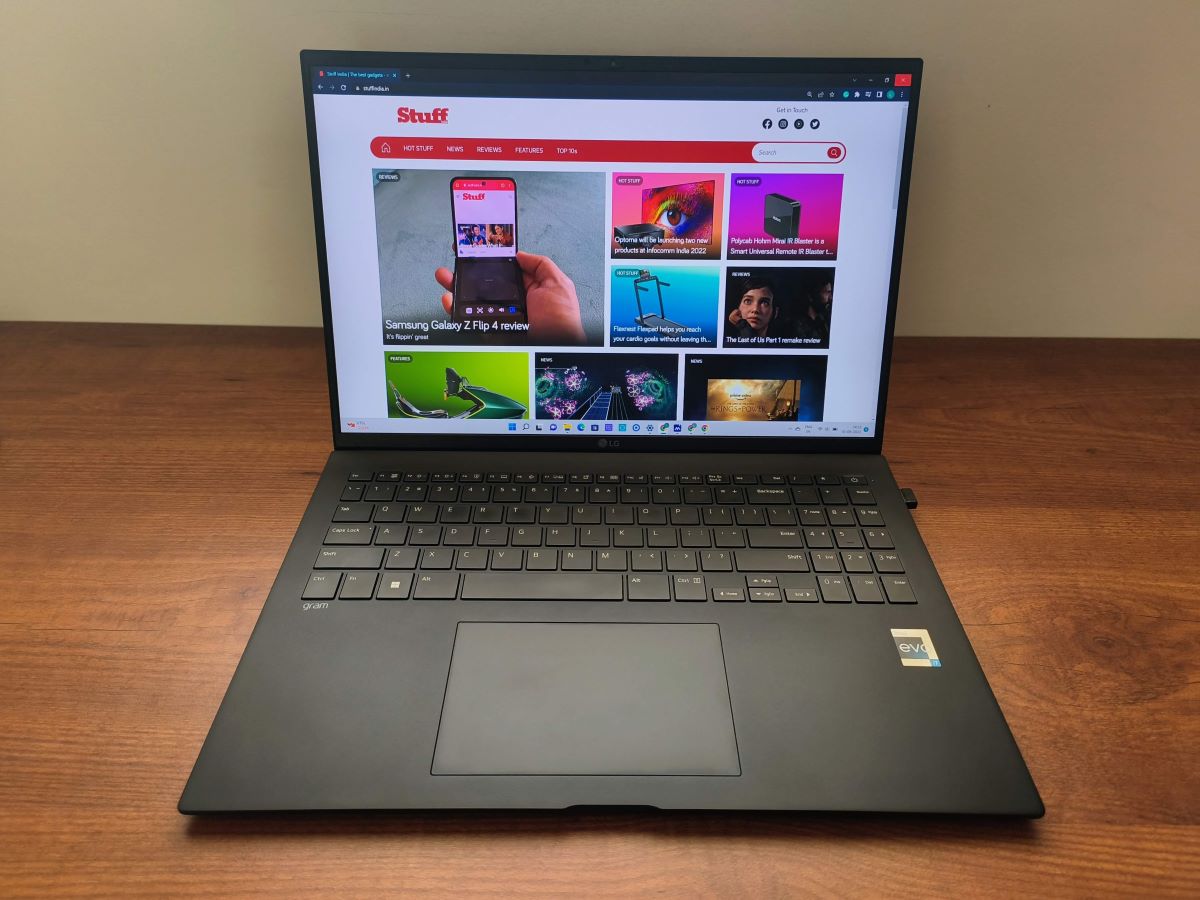 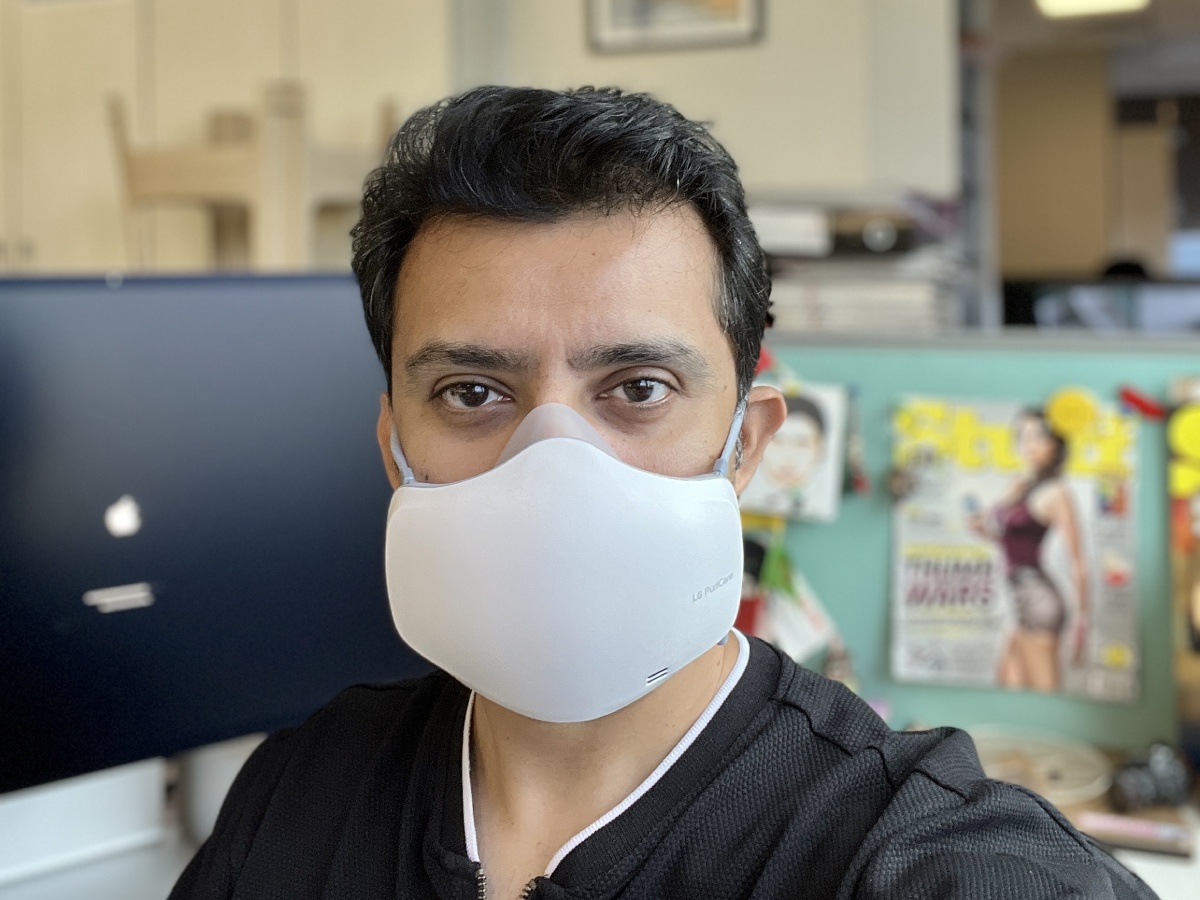