The next generation of 4K gaming

For far too long Nvidia has chased 4K gaming perfection. From the humble beginnings with the RTX 2080 that brought Ray Tracing to the last generation 3080, the year-on-year benefits were starting to slow down as the price went up. A certain virus and a group of digital coin-chasers put the PC components way out of anyone’s reach. However, that all changes with the RTX 4090. The only thing going up is your frame rate, electricity bill and some questionable parts. This is the most exciting flagship from Nvidia in years because it’s capable of delivering games at 100+ FPS on native 4K resolution for many blockbuster games.

Usually, we don’t end up talking about the design of the GPU much because you will mostly find third-party party vendors who will sell you this GPU with extra fans and a bigger heat sink. However, the Nvidia Founder’s Edition card is already colossal with massive radiator fins and has three-and-a-half slot width. It will make any mid-tower and smaller cases feel like your putting The Great Khali in a Maruti 800.

That massive size is of some value though, it keeps the card cool and frame rates high even on true 4K resolution. However, the thickness and the cable might irk some people. Nvidia is using a 12VHPWR 12-pin which is a tiny pin that is rated to handle all 600W of juice. The problem is that some of these pins are heating up and melting because of the strain and load caused on the pins if you bend them. We didn’t have a PCIe Gen 5 power supply to test this with so the 16pin power adapter which comes with the card was used to test it. We also had to leave our case panel open from the side so as to allow the four-split 16pin adapter to sit in perfectly without bending the cable. Close the case? That’s a risk we’re not willing to take and Nvidia is currently addressing this issue. Hopefully, we will have a solution soon, till then if you plan to pick up a 4090 just make sure your case is wide enough to fit the card and also the cables slot in without any sort of bending. It’s only when you bend the cable and start using the PC, the melting problem occurs.

Speaking of heat, the Nvidia RTX 4090 cuts through any and all gaming performance at 4K like a hot knife. Forza Horizon 5 runs at a smooth 118 average FPS. It can even jump to a whopping 144Hz at 4K on our Asus ROG Swift PG32UQ monitor. However, once you dial up the MSAA and FXAA settings, the Nvidia RTX 4090 drops to an average of 100FPS. Those two settings make the image quality look way smoother and sharper at the cost of some frame drop. However, everything else remained on the Extreme end of the graphics ticker.

Gotham Knights is another recently released title but it’s riddled with bugs and performance issues. Even on a lakh rupee card, the game cannot reach 60+ FPS on the highest settings at 4K. We even tried DLSS here but there’s barely any change to the performance. This is known as a game issue so we’ll just skip this performance benchmark for now.

Moving over to Cyberpunk 2077 which supports DLSS 3 and boy this is jaw-dropping. You can easily fiddle with the settings and get the game to run at 100+ FPS on a 4K resolution but that’s a bit complicated to explain and understand with the tweaked settings. So instead we cranked up every possible setting to the max, Ray Tracing and all. The highest possible option was selected and DLSS was turned off. We got around 45 FPS on Cyberpunk 2077 and in comparison to last year’s RTX 3080, this is almost double the performance. It’s truly mind-blowing but then again, the RTX 4090 costs twice as much now!

There are very few games that take advantage of DLSS 3 and compared to the previous gen, this is not a mere spit polish. DLSS 3 now uses AI to generate frames in between the actual rendered frames. It’s still in its nascent stage and using DLSS 3 on Quality mode simply gave us 10 extra frames in Cyberpunk 2077. It’s not wildly different from before and AI-generated frames might be a bit more tricky to execute than you think. The render latency definitely reduces when DLSS 3 is active but so does GPU utilization. This means that when we use DLSS 3 in Cyberpunk 2077, Nvidia’s own Performance Overlay informs us that only 70% of the GPU is being used and then it goes back up to 95-98% when DLSS is turned off. Strange.

Uncharted Lost Legacy is an old game but like all Naughty Dog games, it’s timeless in execution, storytelling and graphics. The Nvidia RTX 4090 easily hits the 144Hz mark on our monitor at times without DLSS. However, when the going gets tough, the FPS ticker averages about 125FPS, not too shabby!

One of the most graphically demanding games of this year is also Sackboy: A Big Adventure. Behind that deceptively cute exterior are some of the most graphically demanding Ray Tracing chops. Our RTX 3080 barely managed to maintain a stable 60FPS but the 4090 totally chews through the game and maintains a stable 100 FPS on 4K at the highest settings. It’s also got DLSS 2 Super Resolution support but if you can natively get 100+ FPS why bother with DLSS, eh?

The RTX 4090 is quite a capable GPU. Its 4K performance is staggering and the improvement from the last generation is visibly better in every possible way. Ray Traced games are smoother at 4K resolution and the 24GB VRAM leaves a lot of headroom for games that will take advantage of it in the future. However, DLSS 3 wasn’t mindblowing or game-changing (literally). We feel it needs more time in the oven. Right now though, it’s overpriced and that’s simply to tempt you with the RTX 3080 floating around after the Ethereum mining dump.

This is probably the most powerful gaming GPU right now and it’s capable of performance beyond what most competitors can offer. However, you can’t sit in a Rolls-Royce and pay Maruti price, this is a premium GPU and it comes at a wild premium price. That said, you also might have to upgrade your PSU and case to fit the darn thing.

Big performance gains for big money, this is as top-end as it gets 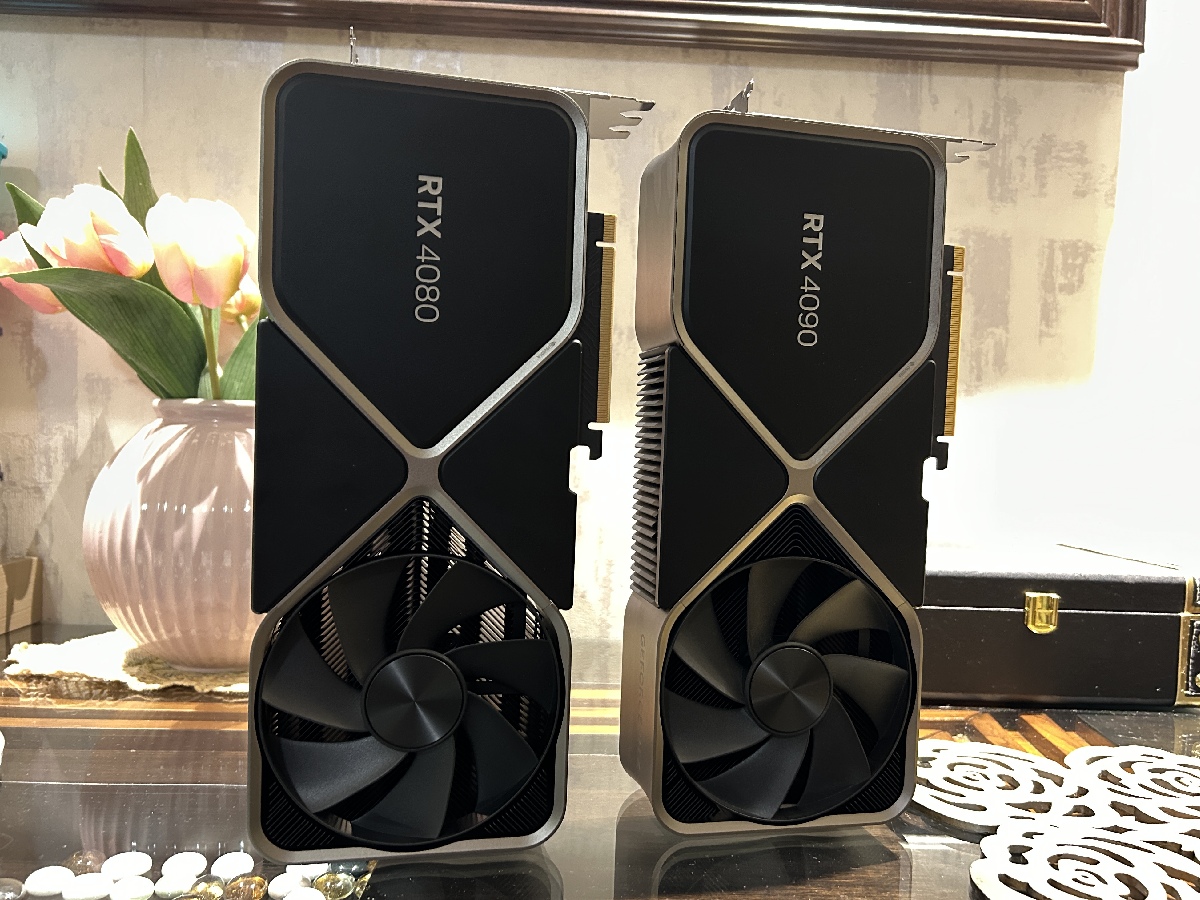