FIST: Forged In Shadow Torch is one of the few games that will have DLSS 3 soon after the launch of RTX 4080 but the game has inherent problems, so we can’t use it as a benchmark to test the GPU. Even so, the grueling Ray Tracing performance is, in some way, GPU-melting. The game maintains an average of 100FPS on the highest settings on 2K resolution which is fine but let’s move on to more stable games.

Forza Horizon 5 maintains a stable 95+ FPS with MSAA set to 8x and all the other settings cranked up Extreme on 2K resolution. In gameplay, the FPS ticker swings between 100FPS to 80FPS, occasionally dropping to 77FPS but never going below that. Forza Horizon 5 also supports Nvidia DLAA and DLSS AI Super Resolution. We tried the game with Nvidia DLAA which is Nvidia’s answer to MSAA and other anti-aliasing methods and although the image quality isn’t as sharp as MSAA on 8x, the performance gains are by 15 to 20FPS on Nvidia DLAA which is quite significant without hammering your GPU thermals. In racing games like Forza Horizon 5, you won’t even notice the difference between MSAA 8x and Nvidia’s DLAA while playing. Unless you go looking for it.

Only a handful of games support DLSS 3 right now and Forza Horizon 5 is not one of them. However, you can reach upwards of 120 and 130 FPS in some places with DLSS set to Balanced. On the Quality setting for DLSS, the gains are much lesser but we’ll move to DLSS 3-supported games to truly find out what Nvidia’s up to with DLSS 3.

Bright Memory: Infinite works incredibly well with DLSS 3 and frame generation. We got around 110 FPS without Nvidia’s Frame Generation activated and around 168FPS with Frame Generation on. It’s mind-blowing with games that natively support this tech. This is on 2K resolution and on 4K the performance FPS might be lower. However, when we tested the RTX 4090, the DLSS 3 tech wasn’t fully out with supported games for testing it properly. Rest assured we’ll be updating every game review with DLSS 3 and how the technology actually ages with time. That said, the feature also increases the system latency so it’s better played with single-player games.

Loopmancer is another game that is capable of doubling your frame rate by utilising Nvidia DLSS Frame Generation. The frame rate goes from anywhere between 100 FPS to a whopping 168FPS on 2K at max settings with Ray Tracing enabled. It’s mind-boggling how big the frame difference is between the AI Frame Generation and non-AI stuff. However, it lacks a bit of the sharpness and crispness of native performance. Cyberpunk 2077 still doesn’t have DLSS 3 publicly available so we’ll update this and the Nvidia RTX 4090 review when the DLSS 3 feature becomes available. So far, on 2K resolution with max settings and Ray Tracing set to Psycho, the Nvidia 4080 is capable of maintaining a stable 50FPS! This is an absolute jump in performance from the Nvidia 3080 in every sense. Enabling DLSS only gives minor 5 to 10 extra frames but we’re confident that the DLSS 3 support might provide even more substantial improvements to the game’s frame rate.

By design, the RTX 4080 is identical to the Nvidia 4090 — size, weight and all. Read our Nvidia GeForce RTX 4090 review to know more about the design and the new power port. The 4080 also gets the same power connector, albeit it saps less juice from your wall socket. At 750W, this GPU is on the same diet as the Nvidia 3080. However, you do get a three-split 16pin adapter in the box as opposed to the four-split 16pin adapter for the 4090. The fire hazard is very much possible here too because it uses the same type of adapter. We’re not bold enough to test it for such contingencies but you can send us a picture of your bravery. The power draw is as much as our Zotac Nvidia RTX 3080 Amp Holo Edition.

The Nvidia RTX 4080 16GB doesn’t only build on the legacy of the RTX 30-series but takes it to a whole new level. Getting almost double the performance in most games with Ray Tracing without any help from super sampling methods. DLSS 3 shows a promising future but only time will tell how the technology will age. Giving AI the reins to double your frame rate isn’t a safe bet but most AI-based technologies only improve as time passes. The 4080 is a powerhouse for running high-end games with Ray Tracing performance. Pick it for that and you’ll be smiling like Jensen but don’t put your chips on DLSS 3 till it fully bakes into a commoner’s life. Expensive, yes but capable? Totally! The RTX 4080 runs on the power of AI, dreams and your bank balance. 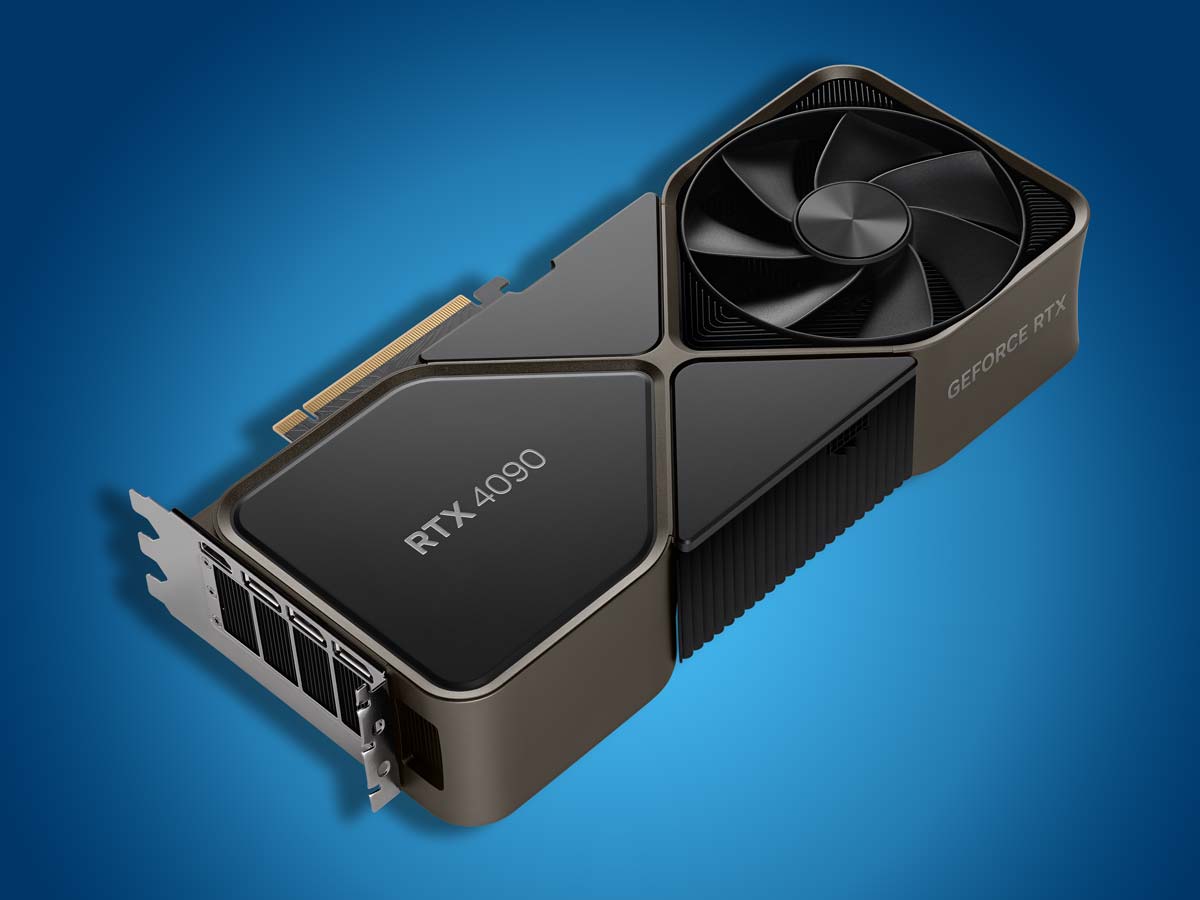 The next generation of 4K gaming